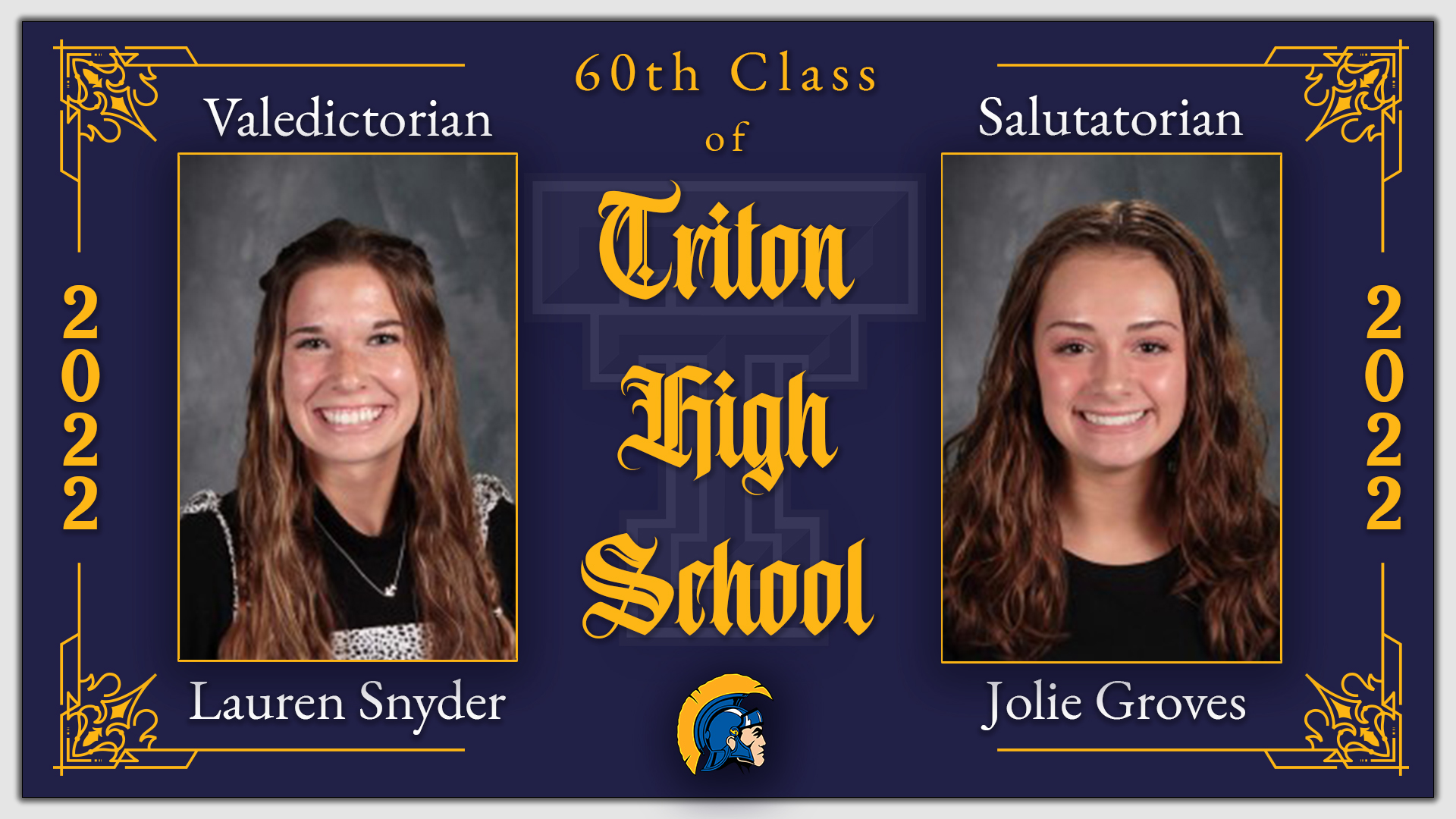 BOURBON - Triton Jr.-Sr. High School has announced its valedictorian and salutatorian for the 60th graduating class.

This year's valedictorian is Lauren Snyder. Lauren is the daughter of Jeff and Johna Snyder of Bourbon, IN. Her GPA was 4.127. Throughout her high school career, Lauren has been involved in volleyball, softball, was the manager of the girl's basketball team, Senior Squad, Art Club, Science Club, Yearbook, was President of the National Honor Society, and also participated in an internship at LaFree Physical Therapy. Lauren received All-Conference Academics in volleyball, was All-Conference Honorable Mention in softball, All-State Academics for both volleyball and softball and was also recognized by the Indiana Association of School Principals as an Academic All-Star. In the fall, Lauren plans to attend Trine University to major in Exercise Science.

The salutatorian for the Class of 2022 is Jolie Groves. Jolie is the daughter of Jason and Carrie Groves of Bourbon, IN. Her GPA was 4.093. While at Triton Jr. Sr. High School, Jolie has been involved in volleyball, basketball, softball, a member of Senior Squad, Art Club, Science Club, Spirit Club, Vice President of National Honor Society, and also participated in an internship at Triton Elementary School. Jolie has received All-Conference Academics in volleyball, basketball and softball, as well as All-State Academics in volleyball, basketball and softball. Jolie was also the recipient of the Pat Aikman Character and Leadership Award. In the Fall, Jolie plans to attend Trine University to major in Speech-Language Pathology.

The Triton School Corporation will host an in-person commencement ceremony for the Class of 2022 at 2 p.m. Sunday, June 12, in the Trojan Trench (main gym) and produce a live stream of the ceremony so friends and family unable to attend can watch. The video stream can be watched on tritontrojans.org, YouTube, the Triton School Corporation website triton.k12.in.us or by simply searching “Triton Trojans” on YouTube.

The Class of 2022 Commencement Ceremony is expected to be an hour long. At the close of the ceremony, graduates will leave the gym first, go to the media center to pick up their diplomas, and then make their way to board the emergency services escort. The escort will travel through Bourbon going north on Triton Drive, west on Shaffer, south on Main, east on Center, north on Harris, and east on Liberty before returning to campus. Family members and guests are welcome to take pictures with their graduates around campus once the escort returns. 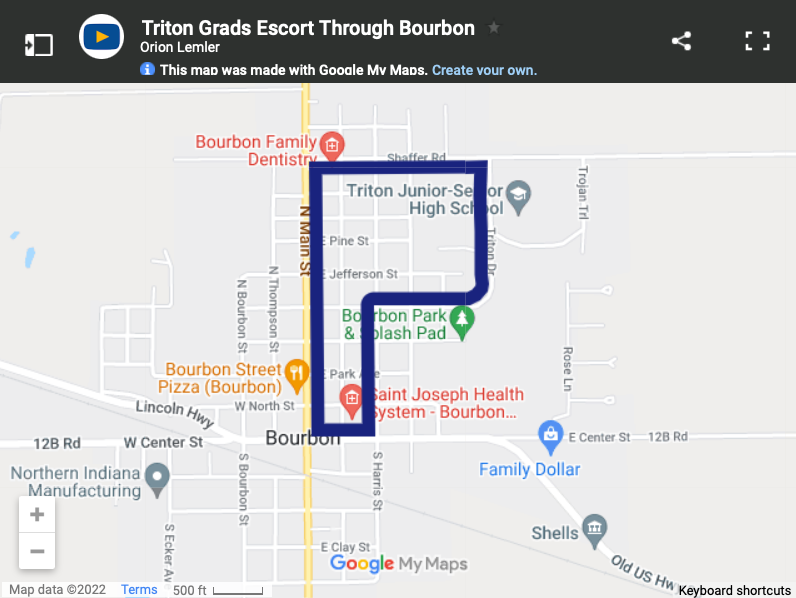