Triton Opens Sectional Play with a Win at Pioneer 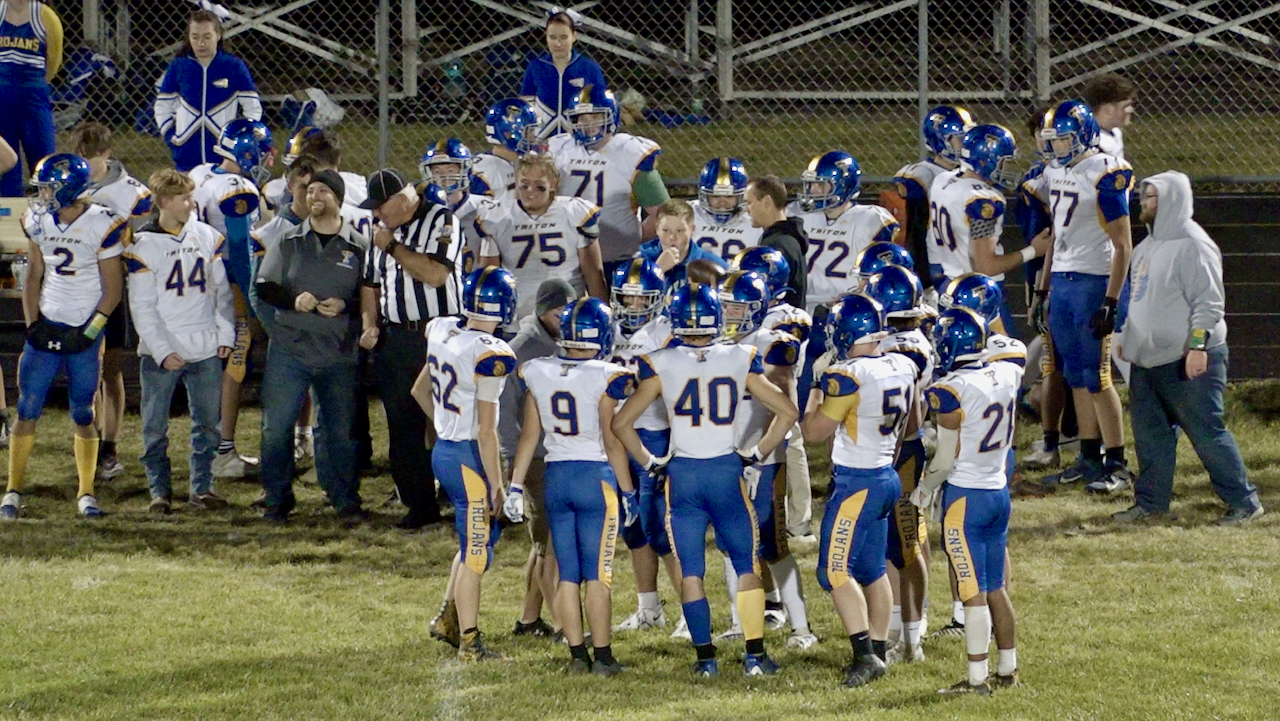 ROYAL CENTER - Sectional 41 opened at The Pit, as the Triton Trojans found themselves facing a familiar opponent in the Pioneer Panthers. While being conference foes for the past eight seasons, this was the first ever meeting between these two teams in sectional play giving us another chance this season to see them battle it out.

In the first quarter, both teams struggled to move the chains. The Triton defense really clamped down on the Panther offense. After fumbling on their first drive of the game, they buckled down and saw Cole Shively score from 31 yards out. Pioneer went to work and drove down the field benefiting on a Triton turnover scoring from 8 yards away as Tyler Zellers walked into the endzone. That would be the last time the Triton defense would allow Pioneer to score.

The Triton offensive attack awoke when Anthony Schuh (18-146 yds 1 TD) scored on a home run from 54 yards away. Cole Shively was a force, in all phases, whether it was running, passing, or laying hits on the defensive side of the ball. Cole Shively would score before the half from 14 yards to put his team up 21 to 6. Shively would take flight by leaping up and over the line to score from 2 yards away, and then a beautiful pass from 20 yards away for Evan Briles in the 3rd. Shively finished the night with 6 of 8 passing for 67 yards and a touchdown, as well as carrying the ball 13 times for 97 yards 3 scores.

Aside from Shively, the offense was fluid and were on the same page all night. The line gave the running game and passing game time to develop as Triton was able to move the ball up and down the field. Dante Workman was all over the field hauling in 3 catches for 42 yards, as he made plays in the return game, and the passing game. Vinny Prater also found the endzone as his 6 carries from 23 yards and a touchdown to put the game out of reach, as Triton had the running clock after his final score.

The Triton defense was stellar from start to finish. As a cohesive unit they were wreaking havoc but playing some of the best team defense you could ask for holding Pioneer to 101 yards of total offense. They only allowed 2 third down conversions, forced a fumble and recovered. Cole Irivne secured the ball for Triton’s second forced turnover on the day. Wayne Reichert led the team with 9 tackles on the day, but the Trojan defensive unit played together as they all swarmed the ball, and they held their own along the line.

Next week Triton is faced yet with another familiar conference foe in the Blue Jays of North Judson. The two top teams in Sectional 41 with the highest chance to win the sectional. Triton will have their work cut out for them as they will have a chance of redemption after losing to the Blue Jays earlier this season. The game will be at North Judson for a trip to the sectional championship on line for these two teams. Kickoff is set for 7:30 pm Eastern time.