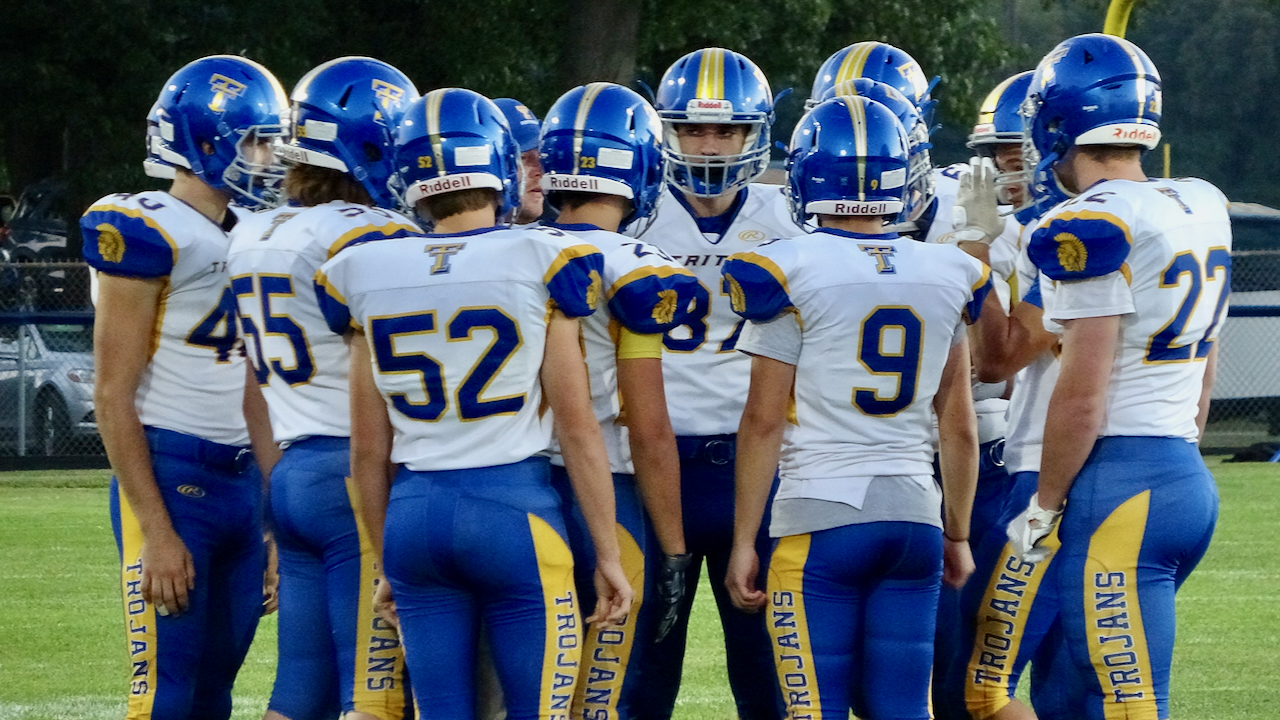 BOURBON - On Friday night two teams came in both with expectations of walking away as the number 3 team in the conference. Knox was coming off a win and looking to get their first winning streak of the season, and Triton looking to do what they did earlier in the season to bounce back from a loss for the second time this season.

Knox began the game with the ball and walked down the field as McLaughlin scored from 58 yards away, and Knox converted their first 2pt conversion of the night as they failed only once on the night. Triton was geared up for their chance as Knox sent the kickoff down the field and Triton muffed the kickoff return. Knox capitalized on the Trojan turnover and went down and scored to get a two-score lead. Triton buckled down and went on to score with Cole Shively punching it in from 25 yards away. Triton trying to cut the lead in half failed on the 2pt conversion try.

In the second quarter, we saw the Trojans take over the momentum of the game, as Anthony Schuh scored twice from 44 yards away to take their first lead of the game. The high-octane offense and trickery of the Knox offense regained control with 20 seconds to go as McLaughlin threw a halfback pass to Watson to take the lead.

Triton received the opening second-half kickoff, but it started in a blunder as Triton muffed the kickoff. Knox capitalized on the turnover, as they went on to score once again on the ground. This was the only score of the third quarter and Knox took their two-score lead into the 4th.

The 4th quarter was every broadcaster’s dream, as drama and desperation led to an exciting 4th quarter performance as the game went down to the wire. Triton moved the ball effectively through the air as we saw big receptions move the ball downfield, leading to a 23-yard-wide open touchdown from Shively to Schuh that pulled them within 6 points. Knox then went down and scored from 37 yards away to push the lead back up to two scores. Triton’s late-game heroics were not done yet as Triton moved the ball down the field and scored with under a minute to go in the game as Anthony Schuh scored again from 8 yards away. Triton’s inspiring play came up short as they fell after the final horn sounded 38 to 32.

While yes there are no moral victories, there was something to build on. They were moving the ball effectively on both the air and the ground, and they proved they can play big when the game is on the line. While this effort did not result in a win the good and the bad experiences from this game and the other losses on the season can drive the hunger to prove the doubters wrong. This broadcaster along with The Trojan faithful has no doubts these guys still have great football ahead of them. They need to play with the urgency and sustainability we have seen from them, clean up a few mistakes and they can wreak havoc in their last regular season game, and in postseason play.

Triton will host Winamac on Senior Night for the final home game of the season.