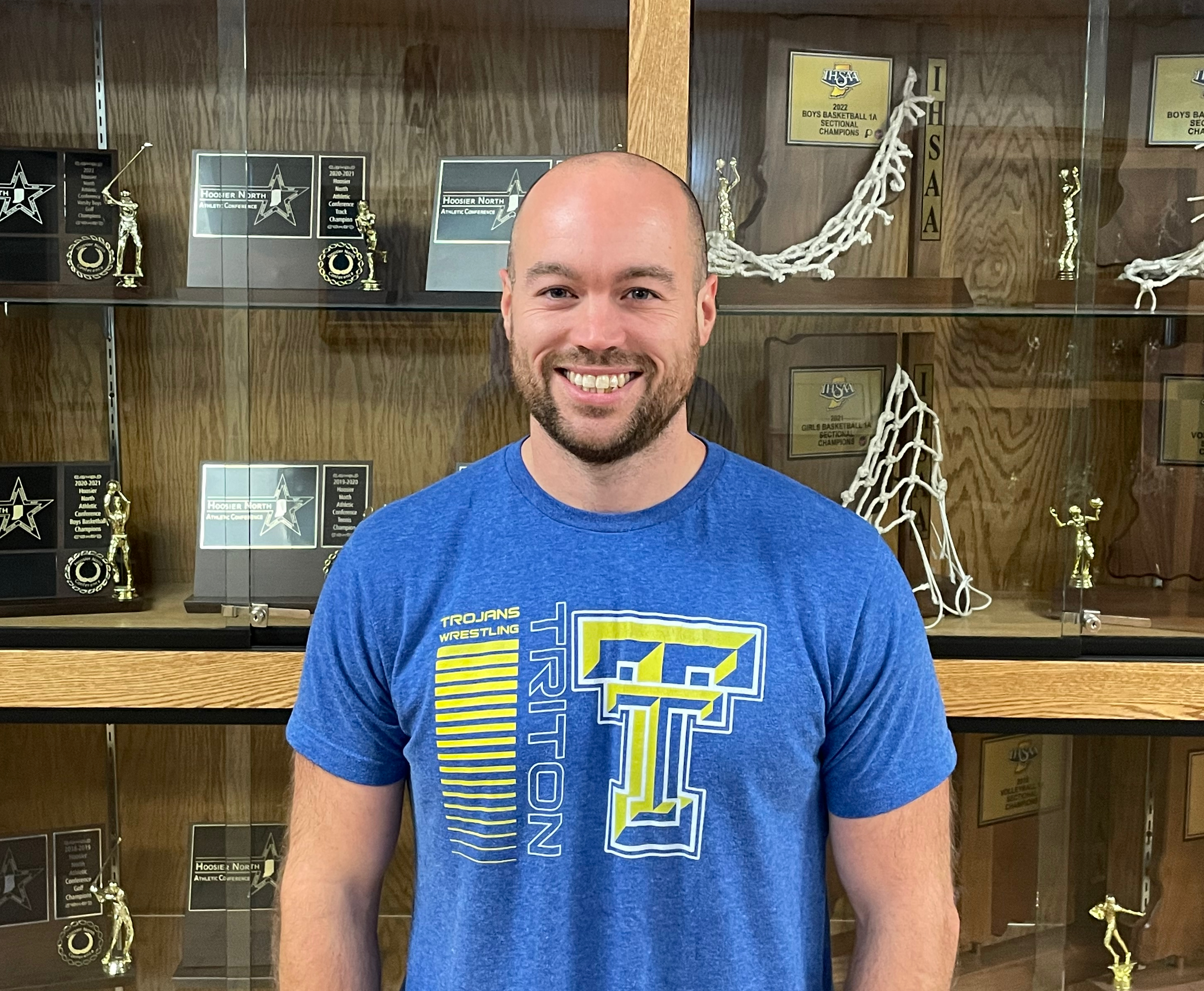 BOURBON - The Triton Athletic Department is happy to announce the hiring of Zach Whittaker as our New Head Football Coach.  Zach has spent the previous 4 years as the Defensive Coordinator for the Trojans.  Before being hired as PE / Criminal Justice teacher and Assistant Football coach in the spring of 2019, Zach spent 9 years as a football coach for Jimtown High School at various levels.  He is a 2010 Jimtown graduate, and a 2014 Bethel College graduate.

Rodney Younis, Athletic Director and previous head football coach, said: “We are excited to have Coach Whittaker at the helm.  He has spent the past 4 years building relationships with not only our football players, but our students.  He is an outstanding coach that has dedicated a lot of time to the Trojan Football program.  He will continue to build upon the Trojan Football “Brotherhood”.