INDIANAPOLIS - For the 36th year, the pairings for the IHSAA Softball State Tournament were announced this evening and 371 teams placed into sectional brackets. Sectional action runs May 24-29 with the 64 survivors moving into a one-game regional round on Tuesday, June 1, and the four-team semi-states on Saturday, June 5. The four state championship games, scheduled for Saturday, June 11-12, will be played at Center Grove in Greenwood for the first time. Host schools will announce playing schedules in the days to come which will then be added to the online brackets at MaxPreps.com the week before the tournament begins.

Admission: $6 per session; $10 season (Season tickets may be provided for tourneys with three or more sessions).

Home Team: The second-named team in each pairing is the designated home team except when they advance by virtue of a bye. Exception: In six-team sectionals, the teams drawing the bye will play in the second semifinal game (Game 4) and will be the visitor in the championship game. 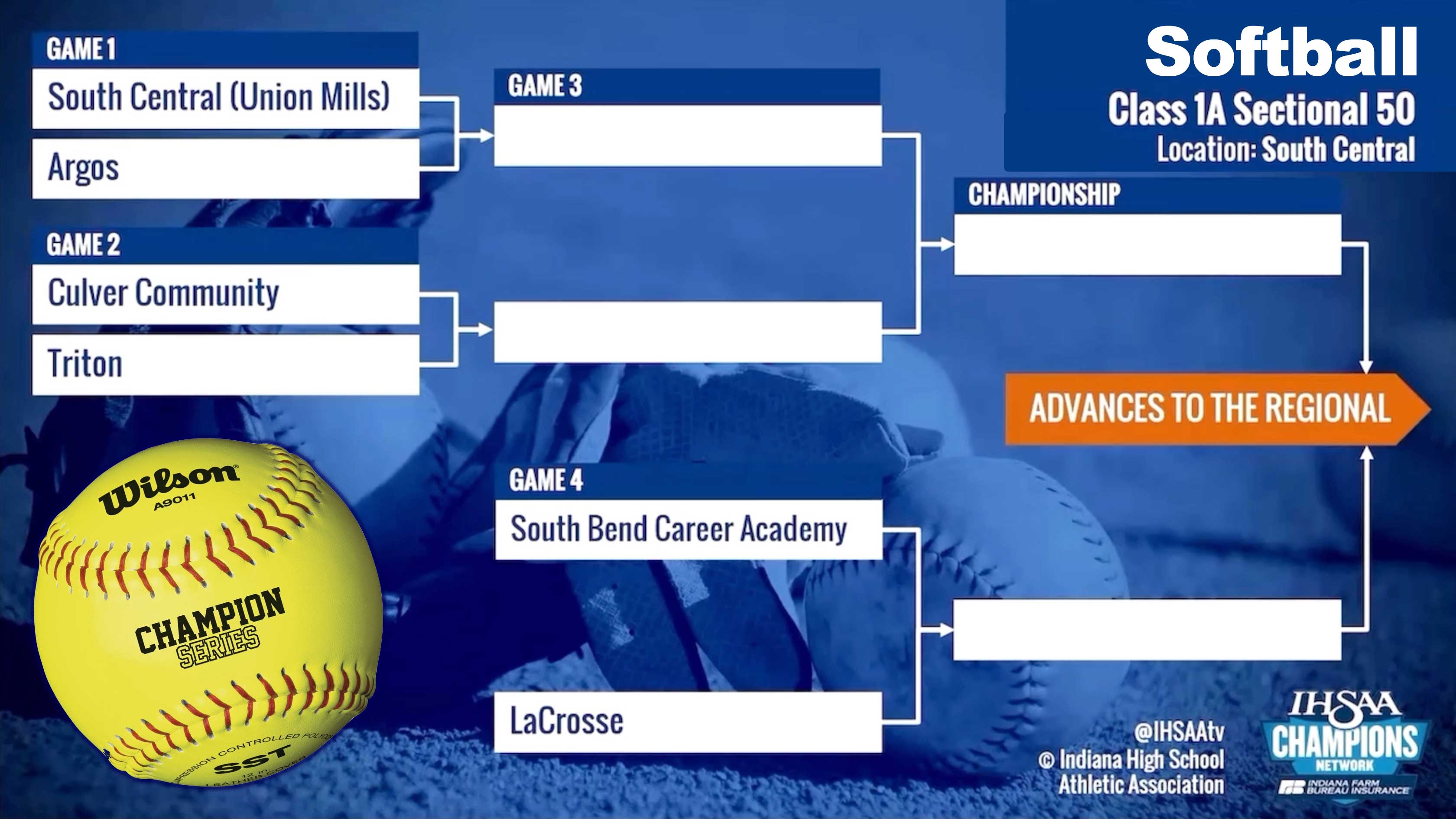 IHSAA Press Release with all pairings

Home Team: The winner of the odd-numbered sectional site will host the one game regional and serve as the home team.

The IHSAA reserves the right to approve sites based on minimum standards.