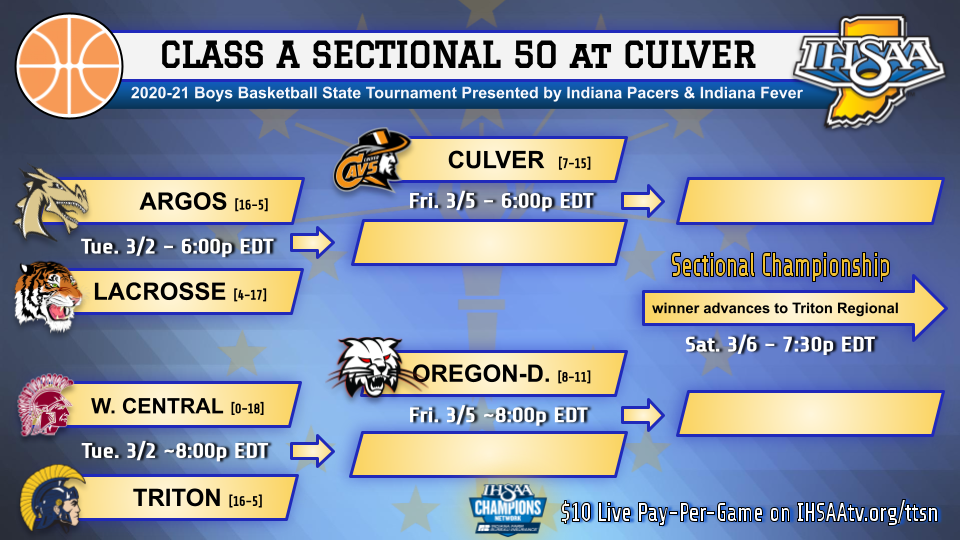 1A Sectional 50 at Culver Community (6 teams)

TTSN has joined forces with the IHSAA Champions Network to bring you coverage of the 2021 Boys Basketball State Tournaments.  In order to watch state tournament games for basketball, the IHSAA is charging viewers $10 per game (plus a service fee) to access the PPV live stream and archive.  You can purchase access to each game at www.ihsaatv.org/ttsn

1A Sectional 51 at Bethany Christian  (5 teams)