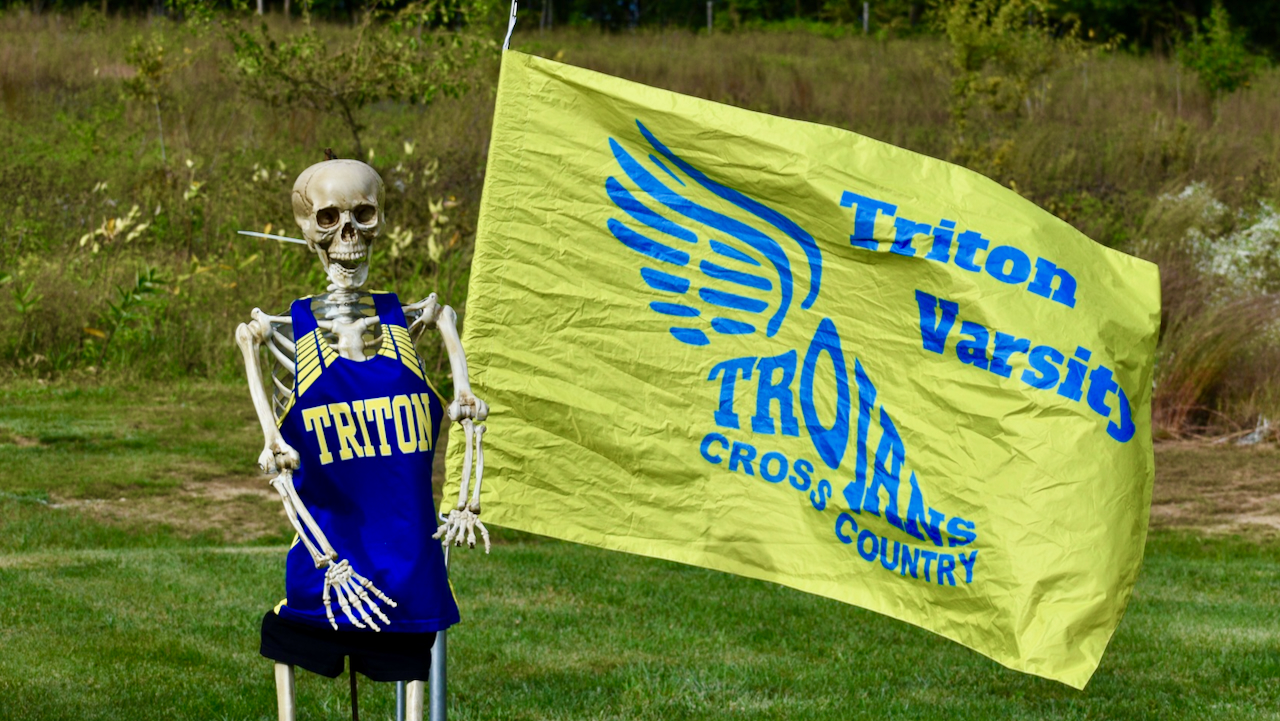 The scene at the finish line. Photos by Lisa Bemish

TIPPECANOE - by Lisa Bemish - The unofficial Senior Night for Triton Cross Country was held at the last home meet of the season Thursday evening. Lone senior Anna McIntyre was honored by Coach Faulkner. It was another emotional run for Anna. Coach and her family came out earlier in the day to set up the course and posted signs to all the team members encouraging them along. Thanks to Faulkners, memorable moments were made along the way. Anna's sign hit her heart as it pushed her to yet another personal record. Anna took yet another minute and a half off her time. Coach Joe White said it was the cool winds of fall that propelled all the runners to new PR's at Potawatomi Park. Argos and LaVille did not have enough runners for a team. South Bend Career Academy had a boys team but no girl runners. Triton Boys pulled out a win over SBCA 25 to 30. Six out of the seven Trojans set records. The same goes for the Lady Trojans. Four out of six set new records for themselves! 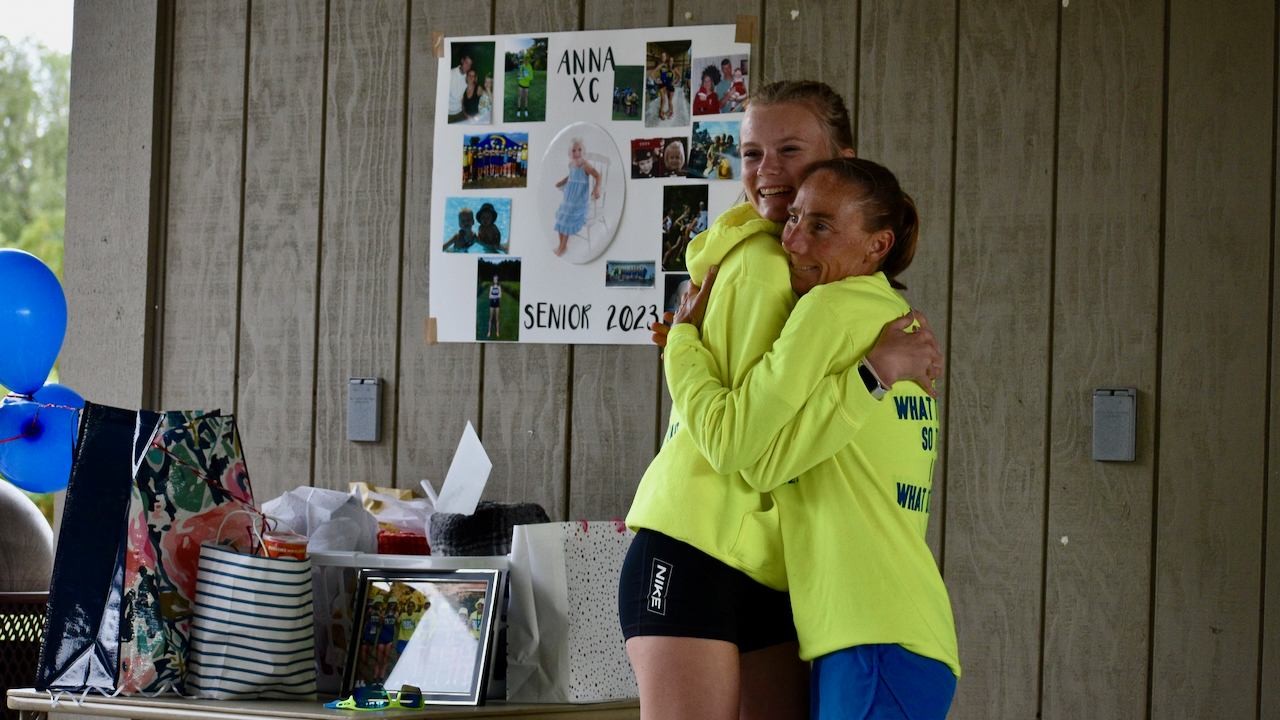 out of 13 runners overall

Triton Girls
out of 9 runners overall 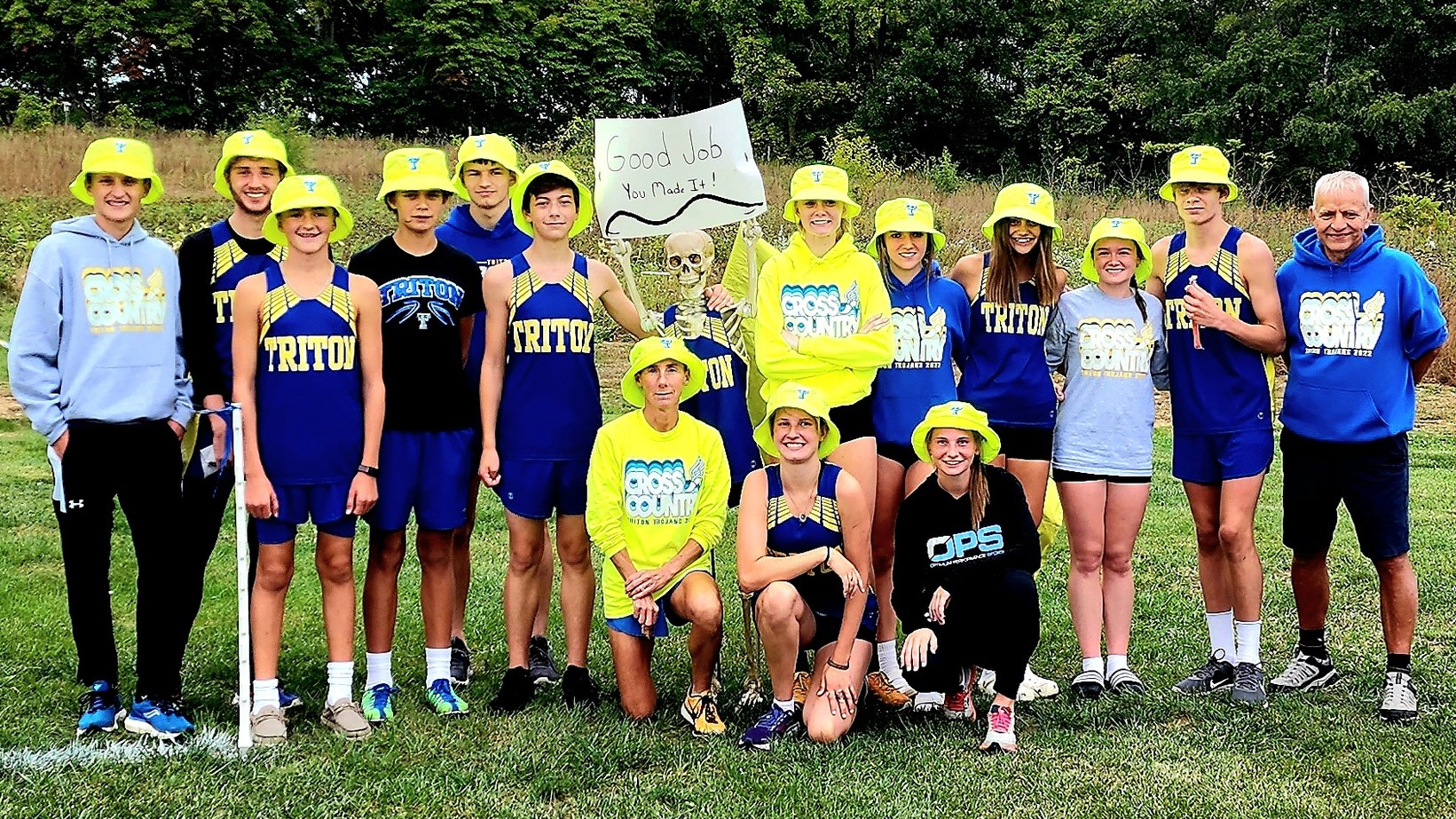 The teams standing with the "one that didn't make it."

The Triton Boys Tennis team traveled to Knox for night one of the HNAC Conference Tourney. Triton's #1 Caden Large and #2 Singles Damon Kuntz both beat their Knox opponents to play on night two in the championship match against North Judson. Isaiah Vaca played his Knox opponent to the three sets and eventually lost in a tiebreaker after playing 2 hours and 30 minutes. Triton's Double team consisting of Ethan Shively and Zak Greer took a loss against Knox's best overall all tennis players. Triton forfeited at the #2 Doubles spot.