The Triton Athletic Department is looking for sponsors to cover the video broadcast fees charged by the IHSAA in order to broadcast state tournament games. The rights fee that we have to pay the IHSAA is $100 per volleyball game and $300 per football game. Should the sponsor wish, recognition can be given throughout the game or you can remain anonymous. Sponsors may provide a visual or spoken AD to the TTSN crew for them to display or read during the game. The AD must abide by the IHSAA rules*. 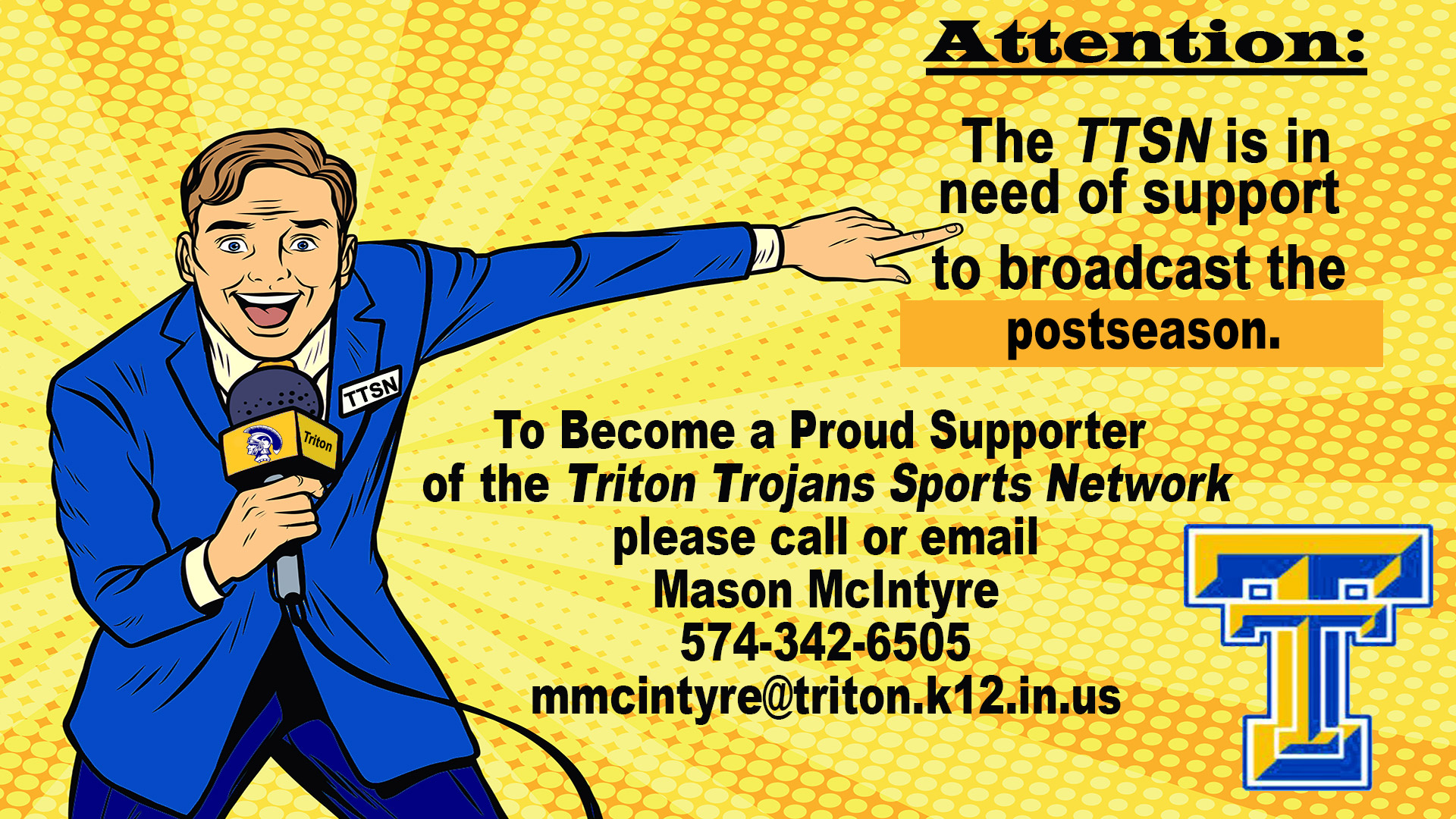